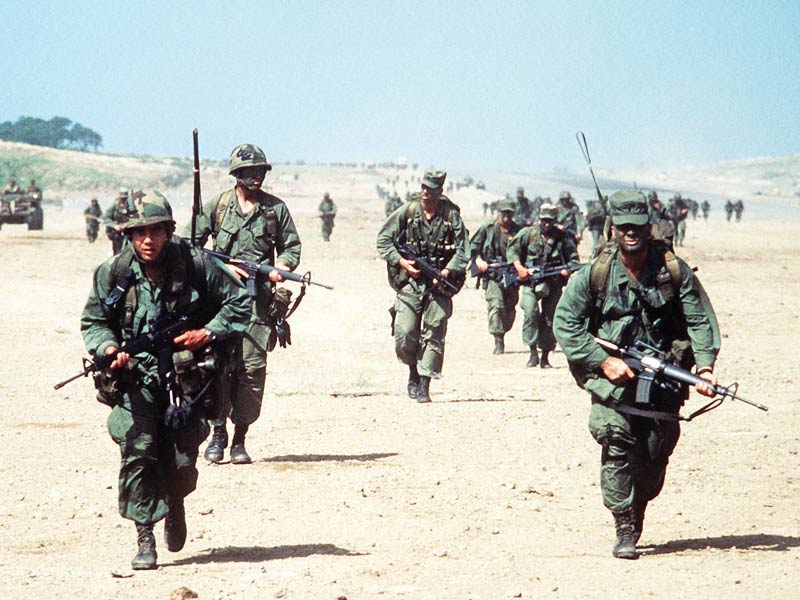 The Regional Security System (RSS) was involved in its first major operation one year after its inception when in 1983, the RSS forces was among the first to land in Grenada during the intervention operation.  This provided the RSS with its ultimate test and one which it proved equal. In July 1990 the attempted coup in Trinidad saw the RSS mobilize a force to support the democratic government and the reaction and mobilization were remarkable.

In 1989 Hurricane HUGO set another challenge and the Forces of the region played a vital role in the disaster relief operation.  The receipt and dispatch of relief supplies were coordinated by the RSS and the international relief agencies were extremely grateful for the organisation that the RSS provided in a traditionally chaotic area of disaster relief.  The concept of the CARICOM Disaster Relief Unit (CDRU) was born out of response to hurricane HUGO.