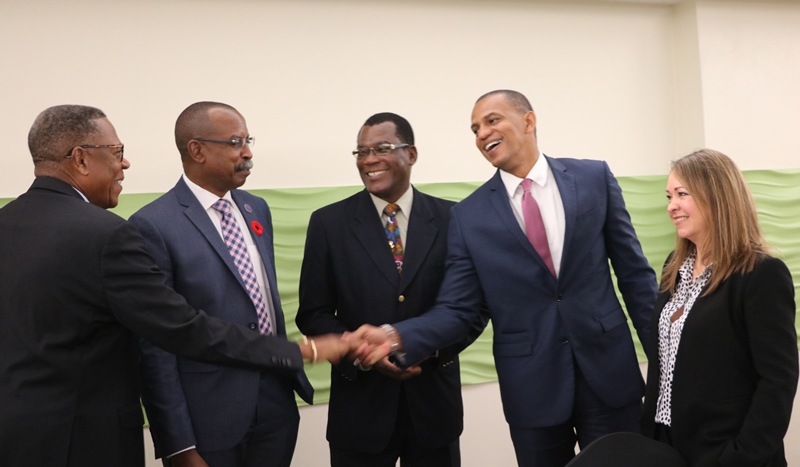 Sustainable development, peace and security are the basis on which a new Regional Security System (RSS) project are founded.

This was underscored by Executive Director of the RSS, Captain (N) Errington Shurland, during a ceremony at the Radisson Aquatica Resort, to mark the launch of the development of a Maritime Security Strategy for the Regional Security System.

Pointing out that development and security go “hand-in-hand”, Captain Shurland stated: “Our maritime space is a source for economic development that needs to be secured for the benefit of generations to come.”

The Executive Director alluded to the geographical closeness of the islands and noted that security challenges such as transnational organized crime affected each member of the region. “These shared challenges, dictate that cooperation and information-sharing between the RSS Member States are essential for maximizing maritime and port security,” Captain Shurland stated.

He further noted that maritime security not only referred to law enforcement but had significant implications for the Blue Economy.

“The importance of the maritime space for our collective future is undeniable… The Oceans have a tremendous potential for boosting economic growth, employment and innovation as the Blue Economy encompasses ocean-based industries such as shipping, fisheries, renewable energies, maritime transportation, sea ports, tourism and maritime biotechnology,” the RSS official explained.

Director of Projects at the Caribbean Development Bank (CDB), Daniel Best, echoed the Executive Director’s sentiments,pointing out that “there are intrinsic links between maritime security and economic development”.

Mr. Best also highlighted the various threats to the marine space, including terrorism, piracy and the trafficking of narcotics, people and illicit goods.

“Transport security has become a vital issue globally… The introduction of security measures in the international transportation process has greatly influenced the competitiveness of modes and supply chains, he stated.

The Projects Director also underscored that a Maritime Security Strategy would draw the organisations who held responsibility for the seas and oceans closer.