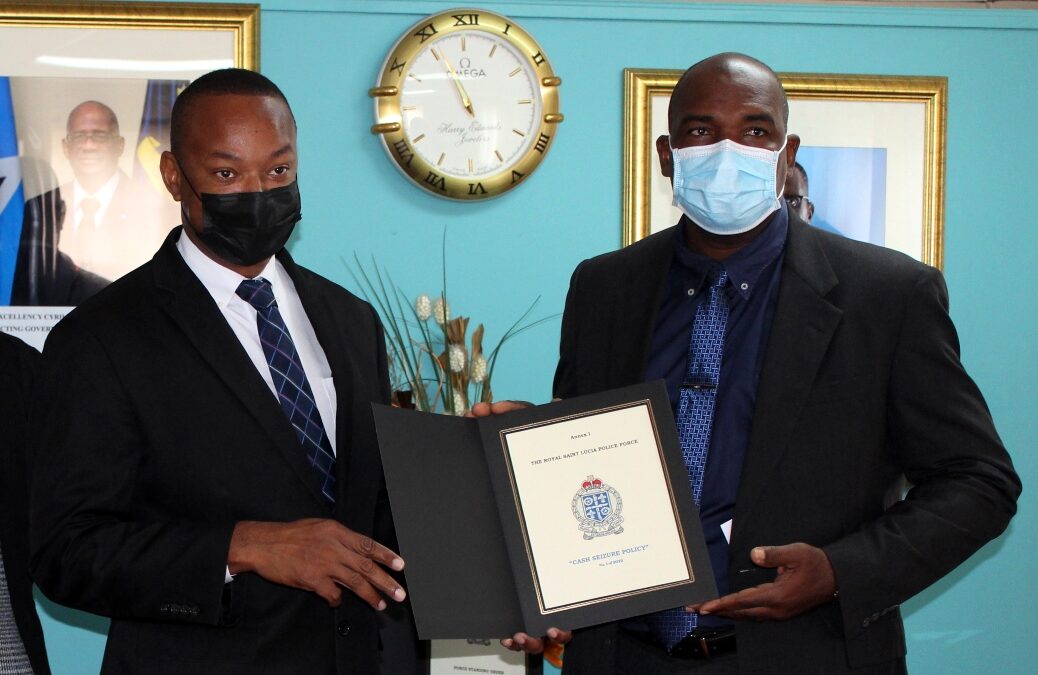 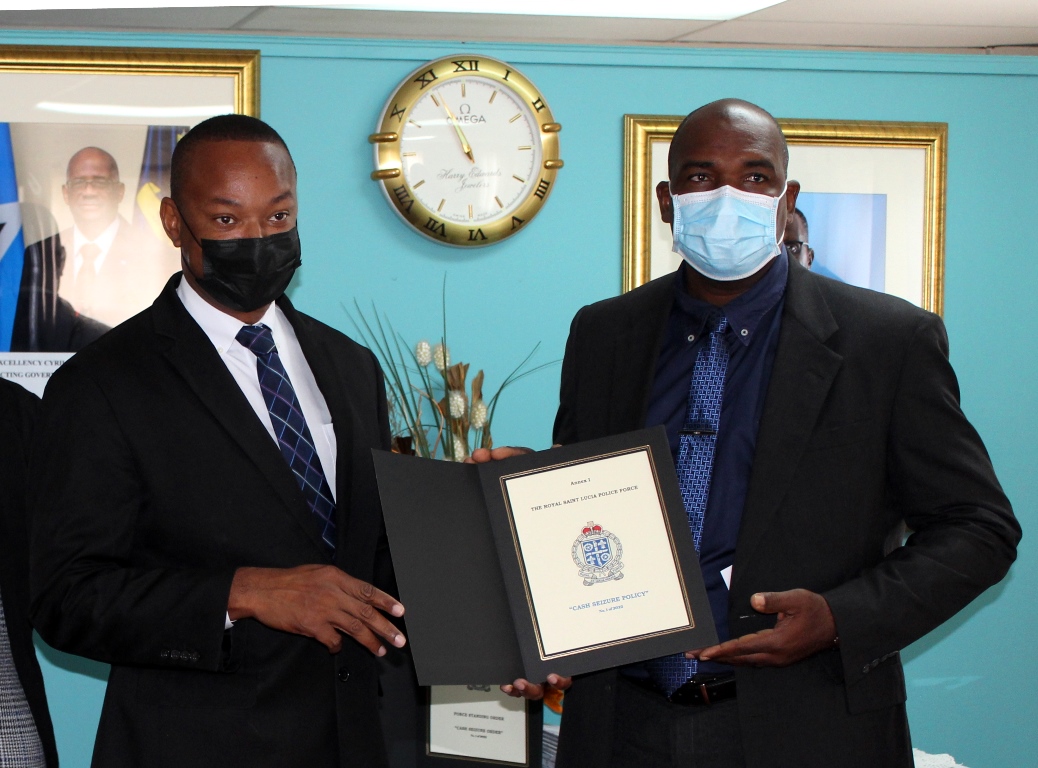 Crime does not pay!

This was declared by Director of the Asset Recovery Unit (ARU) of the Regional Security System (RSS), Grenville Williams, who stated that it was necessary to bankrupt persons involved in criminal activity, thus creating a hostile environment for crime.

Mr. Williams made these remarks at a brief ceremony which was recently held at the George F. L. Charles Airport in St. Lucia, where he officially handed over the Cash Forfeiture Handbook and the Cash Seizure Policy to the Royal St. Lucia Police Force (RSLPF).

He noted that the documents, which were a collaborative effort of the RSS ARU, the RSLPF and the Financial Intelligence Authority (FIA), were critical in combatting crime and enhancing citizen, national and regional security.

“Money is the lifeblood of individual criminals, criminal organisations and syndicates. The persons involved in drug trafficking, firearms trafficking, murder for hire, theft, and fraud are motivated by the financial rewards gained from operating outside the law. Our crime levels, our murder rate are all strongly influenced by the desire for unjust rewards from criminality.

“Cash seizure, detention and forfeiture have proven to be most effective in removing from the hands of criminals, monies obtained from crime or monies intended for use in crime. Depriving criminals of the monies that they so desire is a powerful disruptive and dissuasive weaponry in the artillery of law enforcement and criminal justice practitioners,” he asserted.

The ARU Director pointed out that seizing monies from criminals would not only dissuade others who may be enticed, but it could also strengthen law enforcement and criminal justice agencies.

“Cash seized and forfeited by the courts can serve as additional resources to the constrained budgets of law enforcement. Imagine using monies taken away from criminals to fund the training for police officers, pay for equipment to keep our communities safer, purchase vehicles that would enhance our capacity to patrol and implement crime prevention mechanisms, increase our response times whenever a call is placed to the police and ultimately deliver a better service in enhancing the peace and security of our nation,” Mr. Williams outlined.

Meanwhile, Deputy Commissioner of the RSLPF, Wayne Charlery, expressed gratitude for the opportunity to work with the RSS ARU in creating the documents and pointed out that they would “guide our officers in terms of execution in the field to direct the most effective tactical intervention to combatting organised crime.”

He stated that while there was no legislation in place to allow the proceeds of crime to be used for community development and upliftment of youth, it was a strategy he would wish to see employed.

Director of the FIA, Paul Thompson, also thanked the team and affirmed that the Handbook and Policy would not only serve to develop individual capacity building, but would enhance intra-agency cooperation among the various law enforcement agencies, which was crucial to the success which St. Lucia has experienced in forfeiture of criminal assets to date.