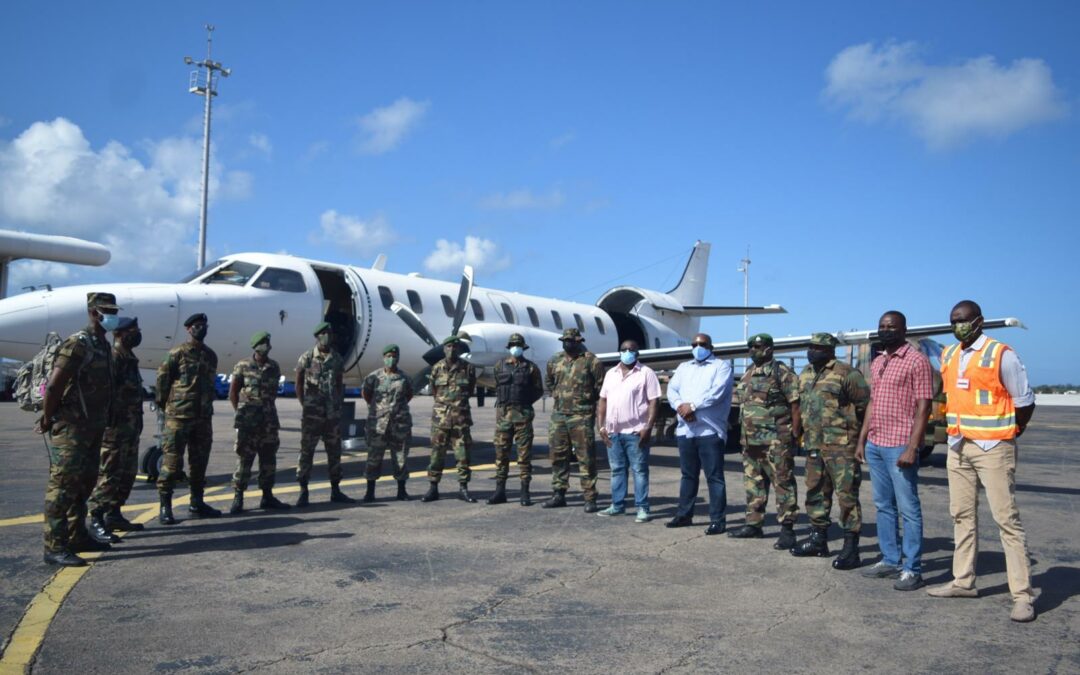 Police Officers And Soldiers Form Part Of RSS Peacekeeping Mission To St. Vincent And The Grenadines

Police Officers And Soldiers Form Part Of RSS Peacekeeping Mission To St. Vincent And The Grenadines 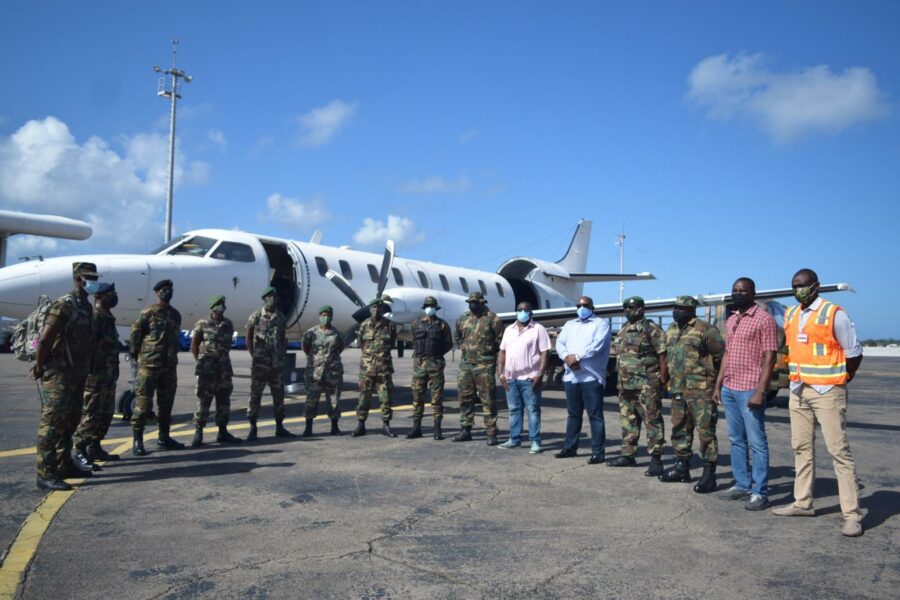 Members of the Royal St. Christopher and Nevis Police Force were deployed to St. Vincent and the Grenadines to assist in the peacekeeping mission on the island. (Photo courtesy RSCNPF)

A 10-member contingent comprising Police Officers from The Royal St. Christopher and Nevis Police Force (RSCNPF) and Soldiers from the St. Kitts and Nevis Defence Force (SKNDF) left the Federation on May 29, 2021, for St. Vincent and the Grenadines.

The team will form part of a peacekeeping mission to the territory following a request made to the Regional Security Service (RSS) by its government. The six Soldiers and five Officers will be in St. Vincent and the Grenadines for three weeks with their regional counterparts to assist local authorities in maintaining security and protecting property on the main island where the La Soufrière Volcano forced thousands to be evacuated. They have all been vaccinated against the COVID-19 virus.

Before boarding the RSS plane, Prime Minister and Minister of National Security, Dr. the Honourable Timothy Harris, wished them well, adding that the exercise was crucial and would provide support to the people of St. Vincent and the Grenadines. He also reminded them that the COVID-19 virus was still very much a threat and encouraged them to stay safe.

All the Officers on the St. Kitts and Nevis team are nationals of St. Vincent and the Grenadines. Commissioner of Police, Hilroy Brandy, said that the initiative provided them the opportunity to visit their families and property during their downtime. He encouraged them to do their best.

“Remember you are there as members of The Royal St. Christopher and Nevis Police Force. I want you to stay alert and to follow orders and make us proud. The people of St. Vincent and the Grenadines are going through a difficult time and the authorities there need help,” the Commissioner implored. 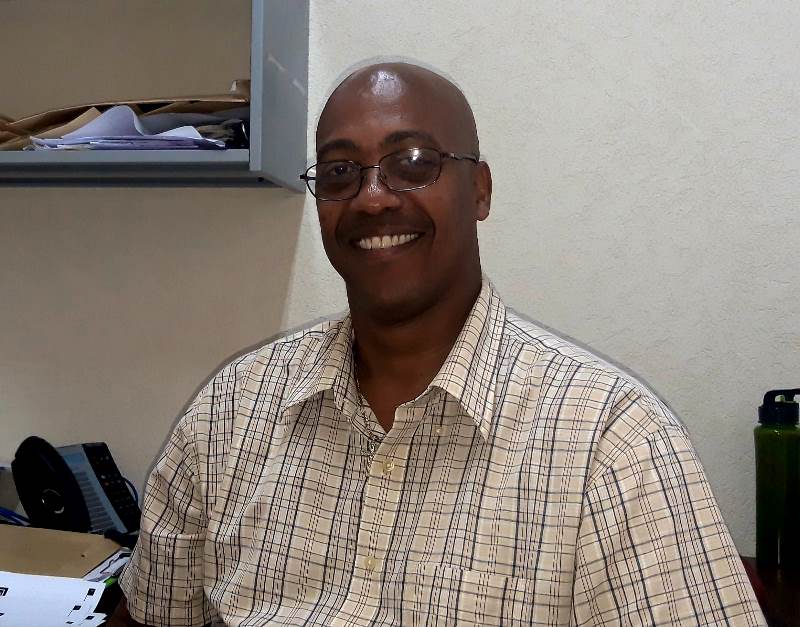 Inspector of Police in the Royal St. Christopher and Nevis Police Force, Eldrin Dickenson, is no psychic or wizard, but he has the ability to tell when a person is being honest and when they are lying.

Mr. Dickenson is a trained Polygraph Examiner, and with his tools of the trade, he can tell what is truly on a person’s mind.

With 30 years of law enforcement under his belt, the Inspector has found his passion in polygraph examinations.  “In 2014 I was selected as one of the persons to be trained as a polygraph examiner. Since that time I’ve had a great interest in that field,” he stated.

Following a 10-week training programme which was conducted by US Polygraph Examiners at the Regional Police Training School in Barbados, Mr. Dickenson and 24 other officers from across the region returned to their respective countries to conduct pre-employment examinations for persons who were interested in joining the police force.

Mr. Dickenson, who was seconded to the Regional Security System (RSS) for three-months, noted that on-going screening was also done within law enforcement organisations, to determine persons’ involvement in criminal activity. He explained that there were instances where examinees were not allowed to know the outcome of their test, but stated that there were cases where the examiner would point out areas where they may not have been successful.

“If a person fails the test, we at that point can ask a question or two to determine what the person was thinking about. In cases where you find that persons have been deceptive it is advised that you don’t act irrationally and turn them away. It is advisable that you monitor the individual or let them know they are coming up short in some areas and they need to be careful. If it happens a second time then you know the person has not changed and something is wrong,” he indicated. 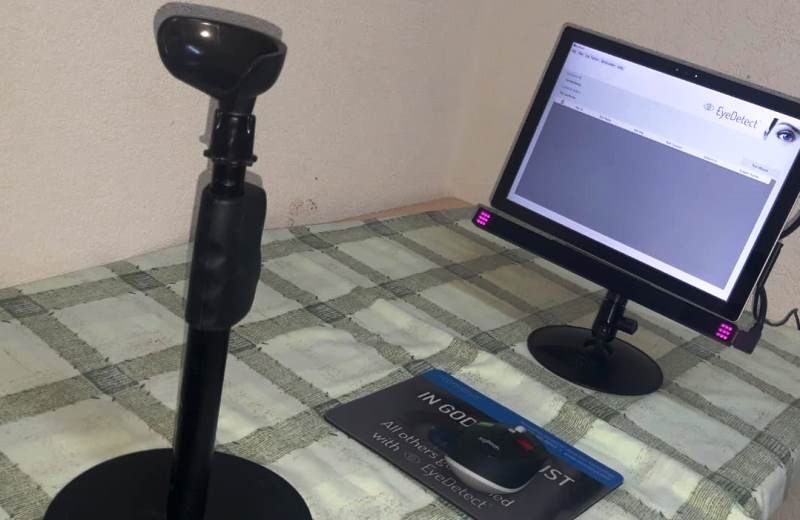 The Eye Detect station comprises of the Surface Pro screen, an eye tracker, a wireless keyboard and a bluetooth mouse.

​During Mr. Dickenson’s stay at the RSS, he conducted Eye Detect testing on members of staff. This new lie detecting technology was introduced to the Inspector in 2017 and has been his main form of testing for pre-employment ever since.

“Eye Detect deals with televisual… The equipment is designed to test a large number of people in a short time. I can test at least five to six persons in a day. If a person cannot make it because of eye problems I would recommend that they be polygraphed.

“It is a very good system to screen persons who work in any area of security. You can’t look at someone and see that they are lying, you can’t look and see their past and human beings are not as honest as they should be, so that persons can know if they are fit or unfit for the job. Hence it takes another human being with a device to find out what this person really is,” he affirmed.

He further pointed out that as with any form of technology ongoing training was necessary.

“Every year the American Polygraph Association, which we are a part of, hosts seminars. In 2018, the RSS sent me to Texas and each year they have taken the responsibility of sending at least one person… I was happy that I was selected to attend as I was able to pass a lot of information to my colleagues who are a part of the same organisations,” the law enforcement official said.

On his return to St. Christopher and Nevis, Inspector Dickenson will resume his duties as the head of the Police Training Academy there. 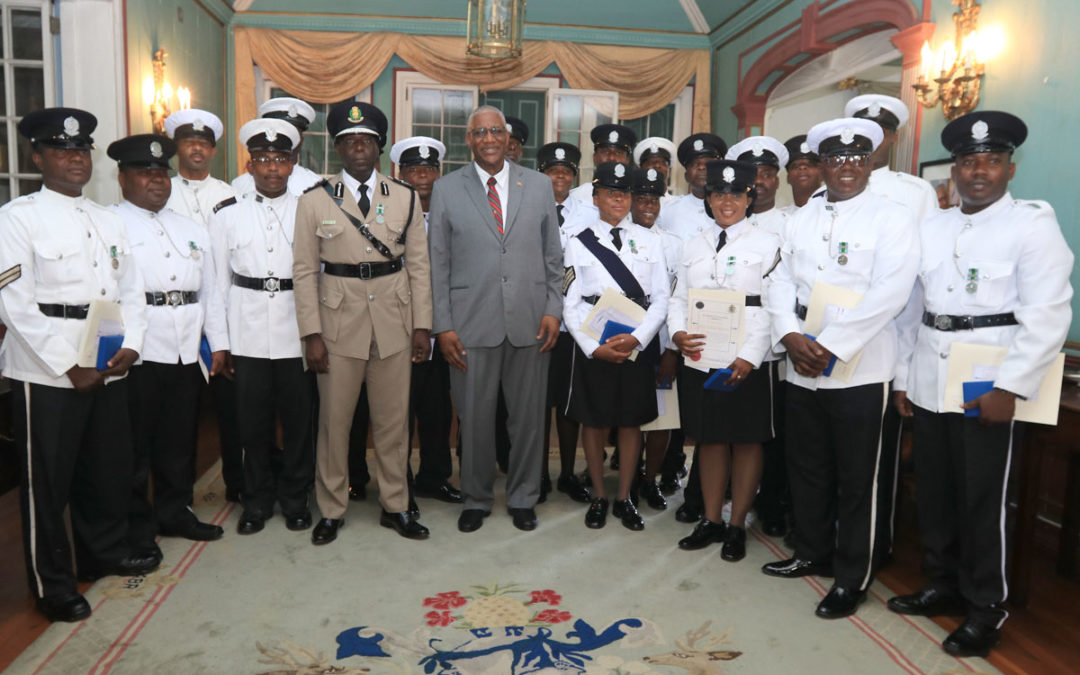 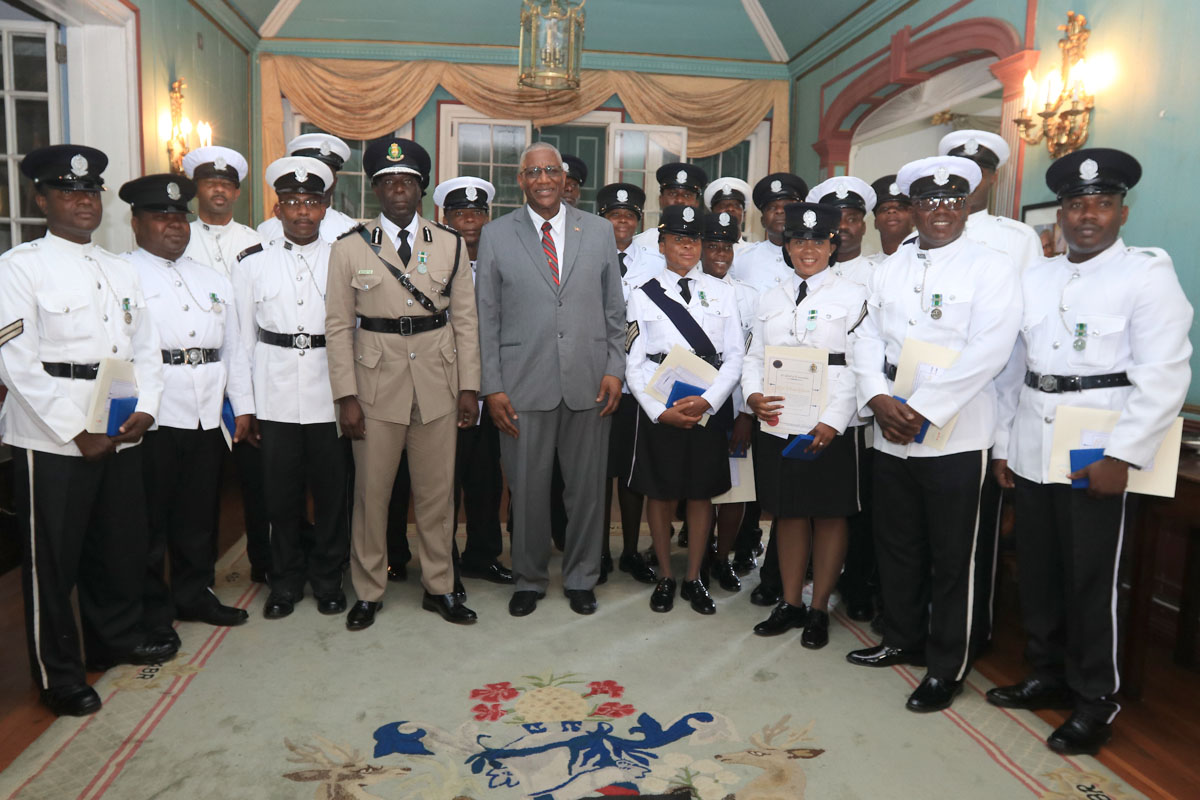