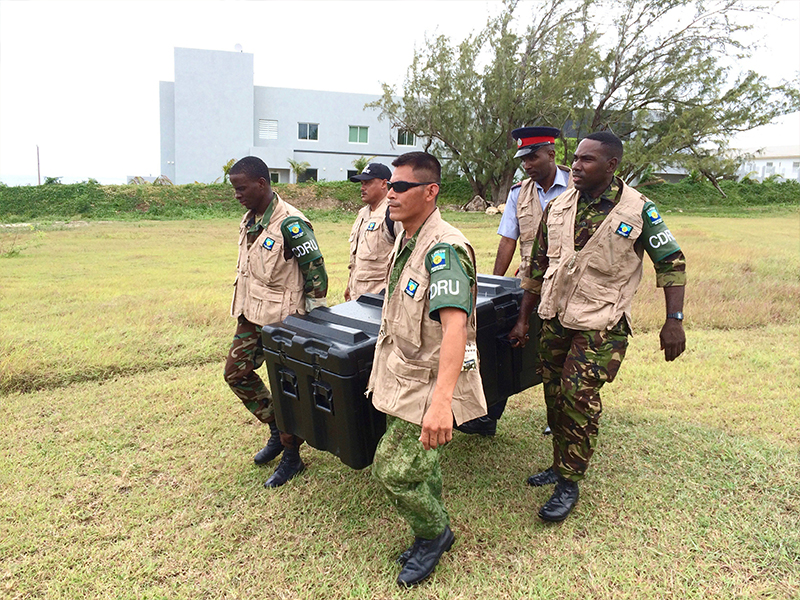 The RSS criminal assets recovery programme is an innovative approach to tackling serious organised crime in the Caribbean common law jurisdictions, through partnership and the robust application of proceeds of crime and money laundering legislation. It commenced in November 2015, taking over from the highly successful Eastern Caribbean Financial Investigations Advisory Team (ECFIAT) and Caribbean Criminal Assets Recovery Programme (CCARP).

RSS ARU is funded by the UK’s Department for International Development (DfID). Although based in Barbados, it covers the seven independent countries of the Eastern Caribbean, Antigua & Barbuda, Barbados, Dominica, Grenada, St Kitts & Nevis, St Lucia and St Vincent & the Grenadines. The team also provide wider regional support to include key transit countries and the overseas territories of the United Kingdom.

The purpose of the RSS ARU is to build capacity and capability within regional law enforcement agencies, Financial Intelligence Units (FIUs), Public Prosecutors, Magistracy and the Judiciary. The unit seeks to enhance their efforts in countering serious organised crime, particularly drug trafficking, by utilising cash seizure, money laundering and confiscation legislation as key components in financial investigation and asset recovery. RSS ARU has recently completed the drafting of ‘model’ proceeds of crime legislation to remedy legislative deficiencies and encourage the introduction and use of civil forfeiture legislation.

To date, RSS ARU mentoring has assisted in the identification and restraint of US$26.8 million of criminal assets. In addition, US$7.5 million has been (civil) forfeited by the courts using cash seizure provisions, with a further US$4.5 million seized and in the court process. 120 money laundering investigations are being carried out, with 85 persons charged with money laundering offences.

RSS ARU are working with the Caribbean Financial Action TASK Force (CFATF) in devising and implementing a Training and Accreditation Programme for all financial investigators and analysts in the Caribbean. This will seek to standardise training and procedures regionally and result in internationally recognised accreditation. The team also works closely to ensure FATF recommendations are implemented and followed in conjunction with their national security requirements.

RSS ARU work closely with all Regional and International partners including US, UK, UNODC, OAS, OECS, CARICOM, CFATF, IMPACS. The Caribbean is used as a transhipment point for the trafficking of cocaine from South America to the major consumer markets of North America, UK and Europe. The profits generated regionally is a factor in the gang and gun culture across the region. Crime, violence and corruption, deters inward investment and hinders regional development. The RSS ARU is committed to taking the profit out of crime and supporting the Caribbean region in the fight against organised crime and corruption.